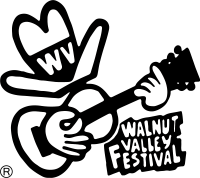 Organizers of Walnut Valley Festival will once again offer participants in its Land Rush the opportunity to preregister online in advance of the annual competition to claim campsites just before the start of this year’s festival, which will be held September 15-19.

Devoted fans of the festival have traditionally vied for the opportunity to claim their favorite camping spots early, before most festival-goers arrive on grounds. As these die-hard fans have arrived earlier and earlier each year to claim their spots in the campgrounds, organizers have had to create an equitable process for lining up campers without clogging city streets and major highways in Winfield.

Walnut Valley Association (WVA), which organizes the festival, rolled out a new online component to the process in 2019. Prospective Land Rush participants were offered the chance to pre-purchase camping and essentially added their names to an online queue. WVA will repeat the process this year, although the time period for preregistration has been shortened, from all of July to July 1-9. The online preregistration is ONLY intended to be used by those who intend to take part in both Pre-Lineup and Land Rush. After preregistration, prospective participants in Land Rush are sent information on when and where they should plan to arrive for the initial Pre-Lineup on August 28. Those who have preregistered online will be processed into staging areas on that day and through August 30. Campers arriving after August 30 will be put at the ends of the lines for Pecan Grove or West Campground. Grounds Director Rick Meyer: “While I think many were worried about the online process that we started in 2019, after Land Rush many participants told us that they liked it and hoped that we would keep it. Of course, every new process has some initial bugs, but we are working to make sure the experience goes as smoothly as possible this year, with the benefit of seeing how things worked on the first go-around.

Prospective festival attendees may find more detailed information on the entire Land Rush process by visiting wvfest.com, and then clicking on the header for Camping. The section includes a description of the process, an as-yet-inactive online preregistration form, and a Frequently Asked Questions (FAQ) section.